Last Day of COP 21: Emma’s Guide to the Paris Agreement 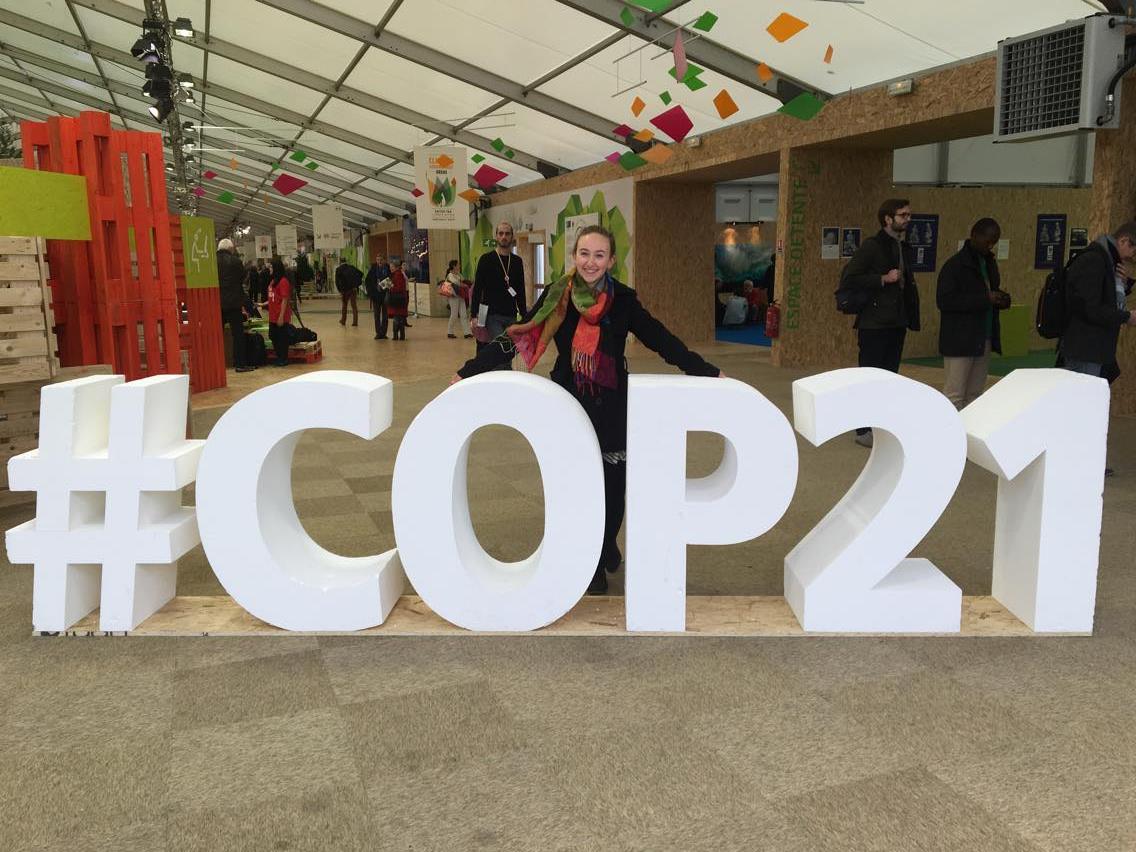 On the last day of COP 21, and I got to meet two of my environmental heroes, Bill McKibben and Xiuhtezcatl Martinez. There were fewer people in the Green Zone, which meant shorter lines for the Creperie inside (my favorite food source during the conference this week), but the space was still buzzing with energy. Later on in the day, I did some more Paris sightseeing and visited the Louvre and the Arc do Triomphe.

But the real end of COP 21 came today, December 12th, when the final climate deal, the Paris agreement, was officially finalized and released. You can read it here, but it’s honestly super long-winded, so I thought I’d provide my own summary on what it says and what that actually means for the future of our planet.

First and foremost, this IS a historic deal and we SHOULD be excited about what it says. This is the first time that the countries of the world are now working towards limiting global warming to below a specific number of degrees – that number being 2 °C above pre-industrial levels, “and pursuing efforts to limit the temperature increase to 1.5 °C”. Not really sure what “pursuing efforts” means, but at least 1.5 is in there. There is a HUGE difference between what will look like at 1.5 °C above pre-industrial temperatures and 2 °C above, but that’s a topic for another blog post. For now, think: sea level rise, species loss, etc.

Here are 4 more things you should know about the Paris agreement:

So there it is. The world now has the Paris agreement and it is a good step in the right direction. But it is not going to solve climate change, and this is not the time to sit back, relax, and get complacent. The provisions of the Paris agreement, although they lead to a better world than would be without it, still lead to a very dangerous world that will displace millions of people and cause the extinction of millions of species.

On Friday, I participated in a peaceful protest of about 200 youth outside the Blue Zone where the negotiations were taking place. It made me realize that we are the future, and if anything, the results of the Paris agreement are a call to action. Yes, we needed the Paris agreement, and it is great. But the real solutions will come from the bottom-up. In a way, we knew it all along. But here’s to the leaders of the world finally agreeing that this is an issue we need to do something about, and more importantly, here’s to a new generation of climate warriors, rising.